In addition to his partnership position with the firm, Vince Nardy has served as Chairman of two of Rockwood’s portfolio companies – AFC Industries, Inc. and Altimate Medical, Inc.

He first worked with Rockwood in 2001, joining Hunter Defense Technologies as President shortly after Rockwood’s acquisition. Within a year, he became CEO, and during the next decade under his direction, the company grew from $16 million in core revenues and $3 million in EBITDA to more than $500 million in revenue and more than $100 million in EBITDA. In 2011, Vince left Hunter to serve as COO at The Scott Fetzer Company, a subsidiary of Berkshire Hathaway.

His previous experience includes leadership positions with Avery Dennison, WLS Stamping and Ivex Packaging. Vince is a member of AUSA and NDIA and served as industry co‐chair with General Scarbrough on the Chemical Biological Defense Acquisition Initiatives Forum.

He received an MBA and undergraduate degrees in accounting and finance from Youngstown State University. In addition to his Chairman and CEO roles, Vince has served on the boards of multiple Rockwood companies. 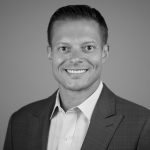 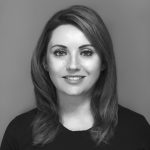