Based in Plainview, NY, Astrex is a value-added distributor of electronic interconnects used in military, aerospace, medical, industrial and other high-reliability and ruggedized applications.

Rockwood acquired the assets of Astrex in September 2008 from a parent company that was in financial distress. Rockwood completed its due diligence, raised outside debt financing and closed the transaction in 35 days after signing a letter of intent, which was imperative given the deteriorating financial position of the parent company and its impact on Astrex’s operations. 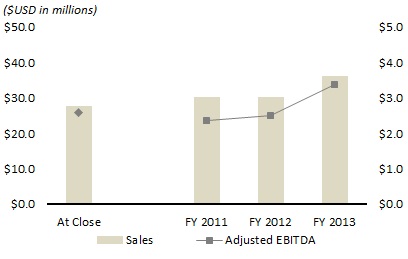