Rockwood acquired Hunter Manufacturing Company in 2000 from a retiring owner.  At the time, this $20 million company manufactured a variety of military and industrial products at four facilities. 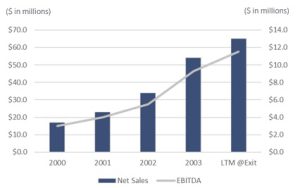